Heyo! This is a dumb shippy drabble I wrote for a zine, it involves the Gamecube and Wii Fire Emblem games, crack, and angst. It probably should be longer but I had to fit it into four pages and with my writing style that isn't much. Fair warning however, that suicide-related topics come up.

Anyway, be saddled with:

He had a plan. He knew that much. The world, or at least, people, had to go. He couldn't get too attached to anything, and after... after everything he had barely anything or anyone he was really attached to. He certainly didn't have time for... love.

"Are you all right?"

Oh sweet unmerciful Ashera it's him.

Sephiran whipped around from the window he was looking out of, giving Zelgius a small smile.

Quick, think of something birdbrain, anything. The mission, his whole vendetta against Gawain's son, something like...

Zelgius raised an eyebrow. "I do not see why you need to ask me. You can see it literally clear as day out of that window you were looking out of."

He blinked, and shook his head.

"...My apologies. I need not be so questioning."

"You are forgiven," said Sephirain, nodding. Shit, he made himself look like an idiot AND made Zelgius feel bad.

"In other news," said Zelgius, "would you care to accompany me to the courtyard? Sanaki wants to meet us there."

The two started walking through the castle, Sephirain at first sticking very close to Zelgius before realizing just HOW close he was and scooching to the side a bit.

Don't be intimidated Lerhan, Sephirain thought. Just - just imagine him in his underwear.

Sephirain school his head rapidly, noticing they had arrived at a courtyard, which contained a bench upon which Sanaki is sitting.

"Greetings, Sanaki!" he said. "What is it that you desire?"

"Ah, yes, Sephirain," said Sanaki. "May I have a private word with you?"

"Of course, your highness," said Zelgius, immediately exiting the courtyard.

"I can tell what you think about him."

Sephirain's eyes grew wide as the castle windows and his skin turned as white as the snow that fell around it in winter.

"I had an inkling and now you just admitted it to me so."

"I won't. But you ought to tell him yourself."

She has a point you kno- Shhhhhh!

"I will your highness."

Sephirain exited the courtyard and started scampering down the hallway after Zelgius.

His mind was going down a particular rabbit hole and he couldn't stop it.

His first child. The suicide attempts afterward. He could still feel the cuts on his body, the strain on his neck. From there the Serenes Massacre wedged its way into his mind.

There was so much blood.

Sephirain stopped. His stomach twisted into knots, he blankly stared off into space as the horrible memories overtook him. He tried to push the thoughts out of his head but they just came back stronger.

He clutched his head. He wanted to tear the thoughts out, crush them beneath his heel, but he couldn't.

He couldn't make the pain stop.

"Are you all right?"

Sephirain sighed. Thoughts still buzzed in his head. The knots in his gut persisted.

"Yes, though... Thank you for asking, Zelgius."

"Is there anything you need?"

Zelgius blinked in surprise, then nodded. "Most certainly."

Sepirain buried his head in Zelgius' chest, as Zelgius' arms curled around him. He stayed there, in the warm embrace.

Sephirain knew the world would have to end by his hand. But it just made him enjoy this moment all the more.

Sanaki was peering around the corner. She saw the two embrace.

And she allowed herself a tiny little fistpump.

Sorry that was a bit of a speedy whiplash roller coaster but hope you enjoyed! 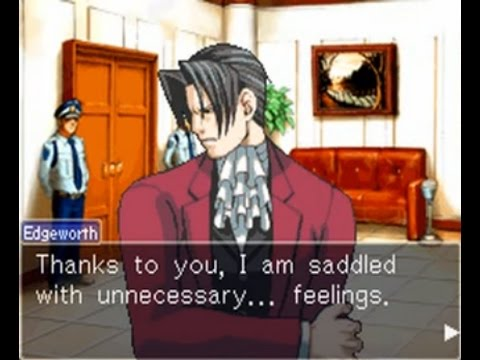 You REALLY said gay birds time, thank you for this sir