Well, it's been a while hasn't it? 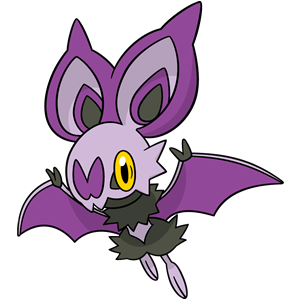 Now? Please?
No. (Sorry about the huge images)

Go, Eurastar! It's been a while now since we've last played for keeps, and you don't get STAB anymore, but I've realised that you have a damn good movepool. Start off with a Hidden Power to see where you stand, then follow it up with a Psyshock. Finish with a Secret Power. If for whatever reason your opponent is untouchable, go with your reflexes and Metronome.

Moving second for the win!

Can I have coffee yet?
Just attack already! First up, melt him with a Heat Wave! Then, knock him down with Iron Tail! And that Secret Power looks dangerous, so block it with Protect!
Heat Wave/Iron Tail/Protect

The three Trainers popped into existence in the middle of a peaceful field. As Birdcrest and Zero Moment steadied themselves after teleporting, The Omskivar scratched the League-owned Abra behind the ears, marveling that they hadn't run out of peaceful, nondescript meadows to ravage with battle. The battlers shook hands, The Omskivar prepared his flags and whistle, and two Pokemon were summoned in two flashes of light.

Colin the Noibat squeaked excitedly, taking to the low skies with an eager flap of his wings, before he regarded the second Pokemon with curiosity--the tiny pink lump, Eurastar, tottering back and forth with an innocent smile. The Omskivar waved his flags to begin the match.

Round 1​
Colin leapt immediately into action, flapping his wings forward and down to rise into the air. Chirping, he flapped his wings in a burst, sending a hot gust of wind blowing towards Eurastar. The Cleffa squealed as she slid backward in the grass, but she shook off the red glow that she was left with when the attack died down and marched forward dutifully. She closed her eyes briefly. When she opened them, they glowed with power, and she reared back with a deep breath.

A blast of almost-white fire spat forth from Eurastar's mouth, and it licked Colin's wings, making him...antsy. It hurt, but only a little, and Colin was quick on the uptake, his (very) small tail cutting through his dark fur as it began to glow. Backing up once more, Colin lurched forward and solled through the air, becoming a black and purple wheel with a bright white center strip, careening into Eurastar at an alarming pace.

As the Noibat soared back to his airspace, the Star Shape Pokemon picked herself up off the ground. Her lip twitched as her eyes glowed purple this time, and she furrowed her brow to concentrate her latent Psychic abilities on her opponent. Though his wings flapped fast and strong, Colin couldn't escape the sudden pressure from all around him; his muscles ached as they were poked and prodded by some unseen aggressor, softly at first, but with increasing fury and fervor.

Quickly, Colin gave a frantic squeak and surrounded himself in a translucent green bubble shield. He shivered in midair as the discomfort left him. Meanwhile, on the ground, Eurastar felt her attack get cut off, and smirked. Clamming up so soon? She stuck her one-fingered hand in the air and wagged it back and forth.

There came a slight humming sound, which swelled until a swarm of tiny insects came floating from some distant forest. They converged on Eurastar, to the horror of Zero Moment, until he saw the blinking eyes of his Pokemon beneath the mountain of bugs. This...must be a good thing? Colin swallowed nervously as he dropped his shield for the round's end.

How about...
Coffee?
(sighs) This. Yes I forgot you have Infiltrator! Infiltrator will be useful!
Iron Tail/Steel Wing/U-turn
If Moonblast or Dazzling Gleam is used during actions 1 or 2, then use Protect on that action, but not consecutively.
EDIT: Switching to Treecko.
Last edited: Aug 28, 2015

Hmm.... looks like he's switching out this turn. Let's try to maximise damage to him while minimizing damage to ourselves. Start off with a Counter to hit the damage cap in the first action, then Detect then next attack. If Colin missed his first attack, making your Counter useless, Counter again. Finally, uhh, Double Team, I guess.