Eifie said:
Challenge for RNP! This can be reduced or no rewards or whatever, idc.

Format: 1v1 single
Style: duh
DQ: 24 hours. Taking this battle seriously is not allowed.
Damage Cap: none
Banned/Restricted Moves: none
Arena Description: The arena is the Telecod chat. Ref can make of this what they will.
Additional Rules: Posting words for your commands is not allowed. All commands must be one or more memes + a command string. No abusing memes to just layer your commands onto an image.
Click to expand...

welcome, folks, to what i know will be a sophisticated and deeply stimulating battle. the game will proceed like so:

man I can't decide if Chatot or plant guy is better for a meme battle. I suppose this depends on whether or not this battle is in fact no rewards for the participants. Do you happen to have asked Negrek about this lol

just dont break the rules that

Taking this battle seriously is prohibited.
Click to expand...

so do not think, just act 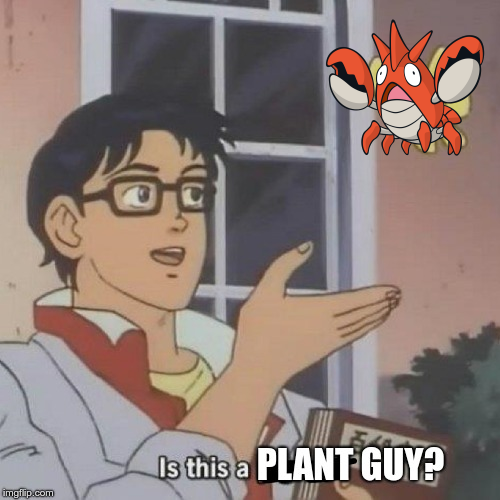 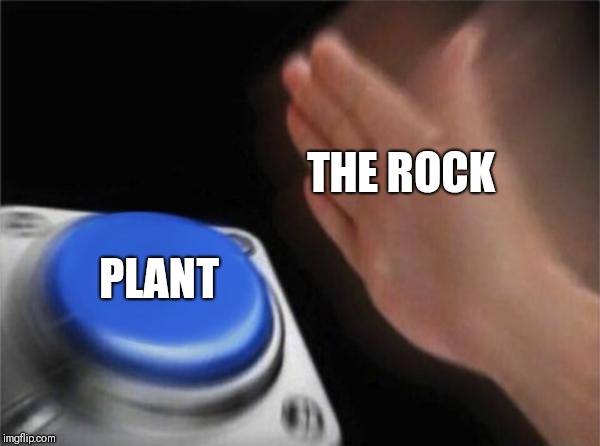 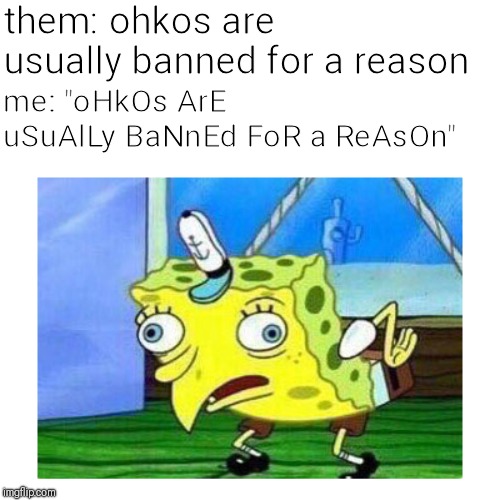 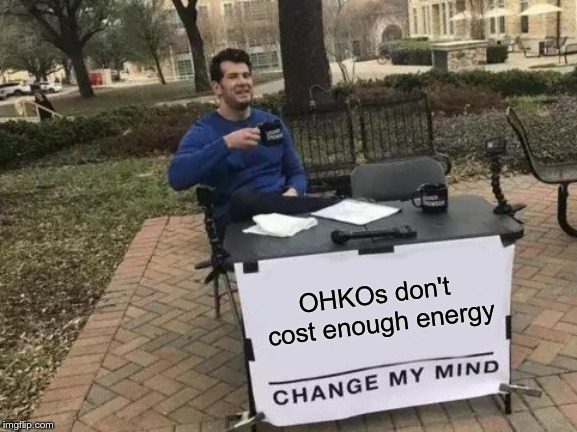 ) <Sturdy/Adaptability> @ Link Cable
Health: 100%
Energy: 100%
Status: damn son i got two abilities. unfortunately there is no
link cable icon, ruining this post's symmetry​
It is a lovely spring morning in Telecod, and there is no doubt in your mind that today will play host to a wide array of wonderful conversations and friendly bonding paltimes. Your fingers dance across the keyboard, and your heart flutters with excitement as you whip up a gloriously cheery good morning post to greet your bestest buds. Why, you'd even go so far as to say—

There is a small, orange shellfish channeling ghostly energy on the message bar. Violet flames engulf his body as he shrieks, in the way crustaceans sometimes do.

He just stands there for a moment, ablaze, until eventually the flames die out, and his gut-wrenching cry with it. Shockingly, his body is left unscathed— it's as though nothing had happened at all. And in fact, basically nothing had. Plant guy shakes himself from his stupor and immediately starts chittering angrily at a profile picture to his left, pincers snapping threateningly.

"What!?" the profile picture exclaims. "You were supposed to wait until after he used the move, you buffoon!" This only makes plant guy angrier.

Dwayne "The Son" Rockjohn steps into the chat with a gravelly (heh) sigh and rests his eyes on the debacle at hand, or pincer, or what have you. What Sondwayne sees here is a wonderful, devious opportunity. It takes him like 2% energy not to clap his hands in giddy delight. Oh, but he's a genius. A mad genius. Sure, Keith might be screaming commands into his stony ears anyway, but he's quite sure he would've thought of it anyway.

The graveler extends his arms forward and clamps his eyes shut, concentrating. The message bar begins to rumble. It's not easy, wrenching the ground apart. Fissure is an advanced technique mastered by only the most powerful and sagely rock types. But of course, Ron "The Jock" Swaynedon is the most powerfulest, sageliest rock type of all. He grits his massive teeth in concentration, a vein throbbing in his forehead as he pushes, wills the chat to collapse. He can feel it resisting with every ounce of willpower it has, but his willpower is greater still... i mean he has two abilities for christ's sake!!!

It breaks. The message bar breaks, i mean really breaks, and down plant guy goes. He falls past the text field, past the launcher, and ever downward into whatever bizarre eldritch dimension occupies the space below the monitor. Dwayne— more like Brayne amirite— puts on some really big sunglasses and some stuff explodes behind him for effect. It's really cool. Good game, folks! We saw some truly riveting plays here. Great people on both sides. Real good stuff. See you next time. The verdict on this one is that no one gets prizes… Except me!1!! Bwahahahaha.

the "rock son" johndwayne expends 2% energy to stop himself from clapping like a fool.
the "john rock" dwayneson: 100% health, 98% energy

can we go again

can I nominate this for best reffing 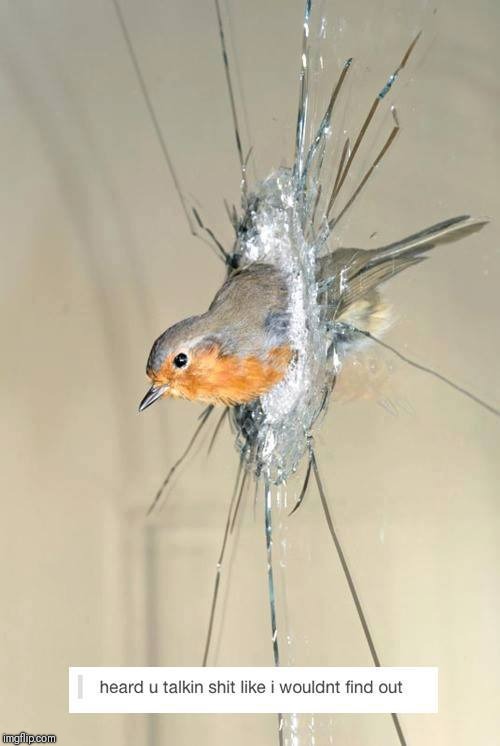 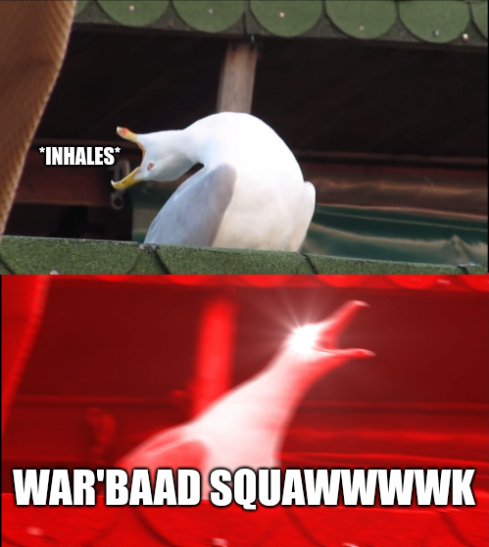 edit: nope it's spelled correctly but when I googled it the first result had the wrong spelling 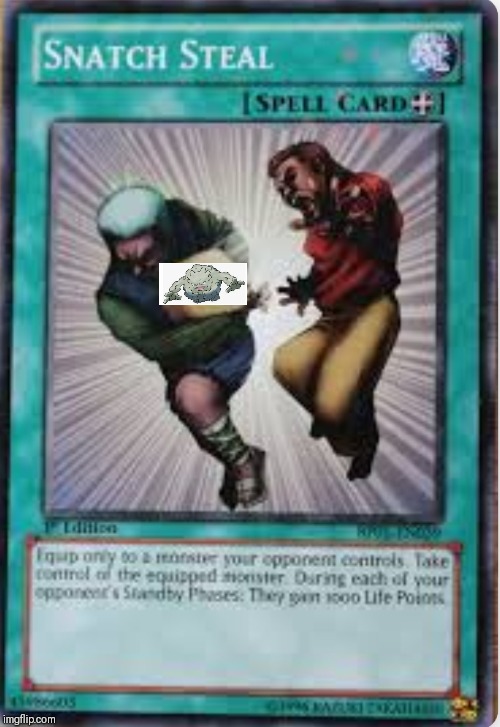 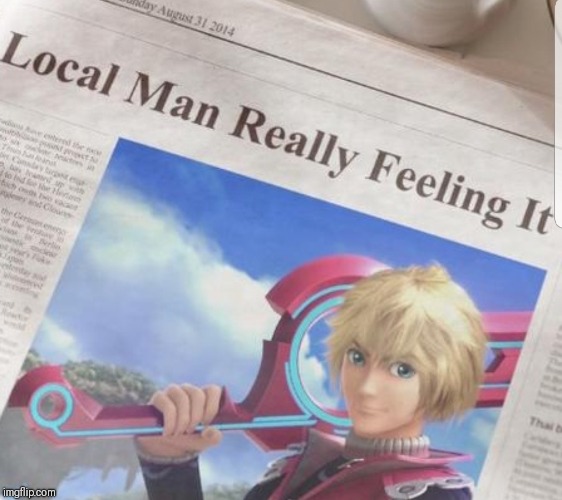 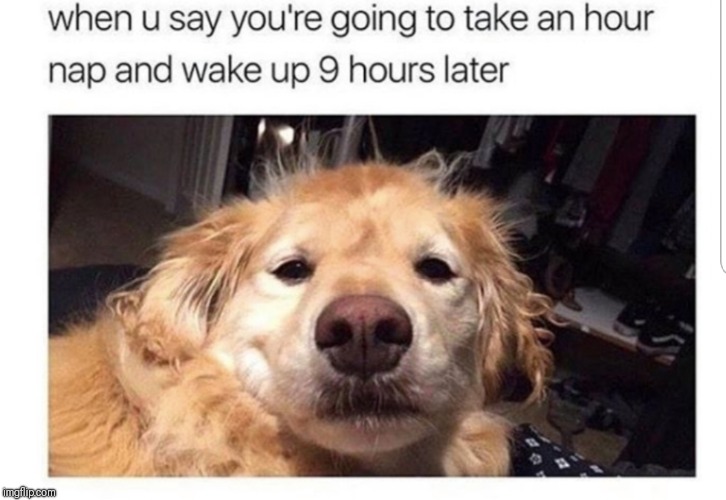 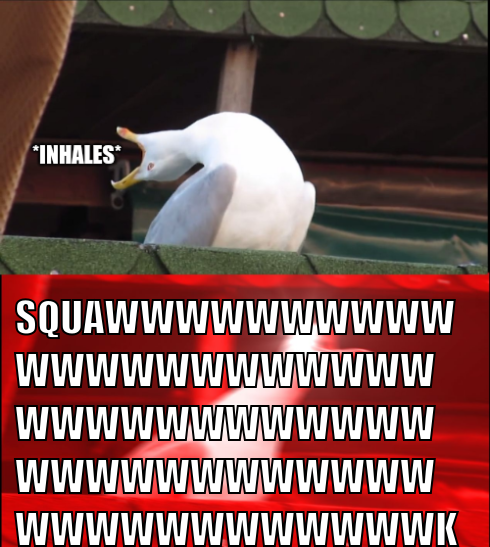 ) <Infiltrator>
Health: 100%
Energy: 100%
Status: kinda feelin it?​
The chat is still totally fucking ruined from the previous explosive encounter, but that doesn't stop Shulk and Warbaa'd as they traipse and flutter, respectively, onto the stage. The message bar has shattered and caved in the launcher below it, opening up a bottomless pit beneath the taskbar to god knows where. But the chat bubbles are still intact, fortunately, and it's upon these that our fighters stand— one on the left, and one on the right. Quite a distance, all things considered. But seeing as the fighters are a loud bird and a psychic rat, well. They'll make do.

"I'm really feelin' it!" Shulk exclaims, repeatedly, hopping up and down excitedly. I can't be fucked checking if this is his first battle, but i think it probably is? How exciting! He's "really feelin' it," he reiterates with a flourish. Jolly day!

"Jesus christ what a dumb fuck." Warbaa'd is no stranger to noise. He is a chatty ass parrot for christ's sake. But Warbaa'd is a chatty parrot of esteem, or so he likes to think. There is music, titillating cacophony, serendipitous sound... and then there is just plain grating noise. Warbaa'd puffs up his chest and glares down at the vocalizing rodent below. Well, he can hardly blame the poor guy. He's a mammal. Not exactly esteemed for their cries, the dreadful things, are they? Well, Warbaa'd will show him what real music sounded like.

The sound is so immense, so beautiful, so righteous and avian, that it knocks Shulk right onto his dumb rat ass and shuts him the fuck up. "Snrk," snrks Warbaa'd, metaphorically pushing up his metaphorical anime glasses snrkily and metaphorically. "That'll show him."

Shulk lays on his back there for a moment, starry eyes collecting dust as he stared into the infinite sky above, then lurches his jaw open and begins... breathing. Heavily. For improbably long. Shouldn't he be, like, breathing? Instead he just lays there even longer, clogging the chat with an increasing volume of his moist rat breath like a furry air conditioning unit.

"Whade fuck isd he dsoing" Warbaa'd wonders aloud, eyelids drooping. Man, it's starting to get pretty warm in here, isn't it? Nice and warm and moist. Really, the hard surface of the chat bubble isn't so terribly different from the feeling of a nice, homey nest... "O hfuck sit's yawun!!!" Warbaa'd realizes with a snap. "Yawuning!!!!!"

He knows what he must do. Warbaa'd unhinges his jaw and begins to sing.

With every added capital A, he feels another smidgen of his vitality return. Shulk just stays on his back, continuously exhaling far beyond the limits of what should be possible as his ears begin to ring and his skull begins to shake. Warbaad's eyes begin to water as his lungs crumple. At last, he takes a deep breath, then continues with strength anew.

Of course, Shulk doesn't back down either, even as blood begins to trickle from his ears. It doesn't seem like they're going to stop any time soon...

rest fails due to the uproar.

wow I didn't know my Chatot was shiny

oh it's my turn isn't it

fuck I have to find a good meme